County Parks and Conservation Areas are open and maintained for the enjoyment of everyone. Park employees patrol and maintain these properties throughout the year but are not always aware of problems that arise. We depend on residents to be our eyes and ears by reporting problems or concerns so they can be addressed promptly.

Seasonal employment opportunities are available at the Veterans Memorial Park. Each year lifeguards and summer laborers are hired for the season. Call the park office for details.

Informational brochures for most of the Conservation Areas and Parks are available at the Park office.

The Putnam Trailway is a paved bicycle/pedestrian path located primarily on right-of-way lands of the former Putnam Division of the New York Central Railroad. The “Old Put” as it was formerly referred to by commuters, provided freight and passenger service from 1881 to 1958 between the Bronx in New York City and Brewster in Putnam County. The Putnam Railroad once served 6 stations in Putnam County, some of which still stand today. Station stops included Brewster, Tilly Foster, Carmel, Crafts, Mahopac, Lake Mahopac and Baldwin Place. The Lake Mahopac station building is known today as the American Legion Post building on Bucks Hollow Road.

The Putnam Right-of-Way spans 12.0 linear miles through Putnam County, from the Westchester border at Baldwin Place to Brewster Village where it merged into the Harlem Line Tracks. At Baldwin Place, the Putnam Trailway connects to the North County Trailway, which continues south through Westchester County and into the Bronx to Marble Hill (225th Street). Two branch lines are in the trailway planning stages; one going from Lake Mahopac to Goldens Bridge, and the other from Baldwin Place to Mahopac Falls. For more information about the trailway system, call the Putnam County Department of Planning at (845) 878-3480 or write Putnam County Planning Department, 841 Fair Street, Carmel, NY 10512 or visit our web site at: www.putnamcountyny.com 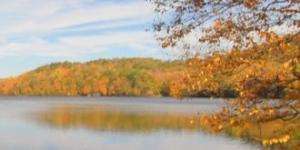 Clarence Fahnestock Memorial State Park is a delight for outdoor…

Fred L. Dill came to Carmel in 1933 after graduating with an Accounting…

A mostly undeveloped preserve of over 8,000 acres with over 70 miles of…

This conservation area consists of over 800 acres and is Putnam… 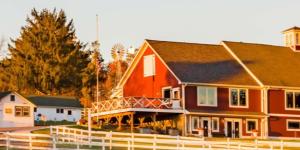 Since the 19th Century, historic Tilly Foster Farm has served as a… 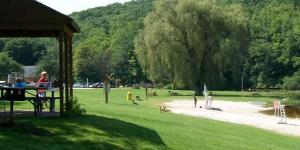 Directions From the Taconic Parkway:

It is the mission of the Putnam County Parks Division to provide safe, passive recreational opportunities to the residents of Putnam County while preserving open space, protecting environmentally sensitive areas, and promoting smart stewardship of County owned lands.

It is the goal of the Parks Division to offer a wide selection of passive recreational opportunities as a means to improve the quality of life for all county residents.